Last November Mr C and I celebrated our 8 year anniversary! I honestly can't believe it and sometimes find it hard to believe that I managed to find a man.

Finding love was something that I never thought would happen to me. Years of self loathing and an extreme lack of confidence made me believe that I would be single forever. I then got it into my head that if I lost weight I would feel better about myself, feel happier and find Prince Charming. The weight came off, I did feel better but rather than finding Prince Charming, I found Prince Put Me Down. Nothing I did was good enough, I was boring (according to him) and still fat even at a size 12/14. My hopes of finding the perfect relationship came crashing down around me and I was left feeling like how all people think fat woman in a relationship should feel - grateful that a man wants you.

After being un-ceremoniously dumped via text, yes, you read right, a crappy "it's me not you" text, I told myself to stay away from men and work on loving myself. Then Mr C came along, it was hard at first, someone so nice treating me right, I thought that this was too good to be true!

8 years later and we're still going strong and looking forward to the next 8,20,40 years together! (Fingers crossed!)

If you are still waiting for Mr Right to come along, be patient, he will arrive probably when you least expect it!
Mr C says:
One of the things that has helped my relationship with Natalie is that I too had suffered from similar issues in my previous relationships. We are very similar in a lot of ways, but also have some big differences which is a good thing.
A true story for you. After our first date, I went home afterwards feeling pretty damn good about myself. I walked in to my parents house where I was living and must have had a huge grin on my face as the first thing my dad said tome was "judging by the look on your face, it went well!". Well, my reply to that was, in no simple terms that as far as I was concerned I had found the person for me. Even after just a few hours with her shopping in Central MK and then having a meal, I can honestly say that I knew. It was as simple as that for me. 10 months later I relocated so that we could move in together and stay near her family. 1 month later and 11 months after our first date, after secretly getting her parents permission and approval, I proposed (not in the most romantic way unfortunately - but that is a whole other story). The rest, as they say, is history.
We have had many, many, many ups and downs, that would test the bond between any couple. It is a testament to the fact that we are not only partners but, most importantly, best friends that we always seem to be able to stick together and come out the other end of whatever challenge is thrown at us. We argue, but can never stay angry at each other very long.
You can never know where life is going to take you. There is a great lyric from a Phil Collins song that goes "wouldn't you agree, baby you and me, got a groovy kind of love". That, for me, sums up me and Natalie in my eyes.
Mr C.
Happy Valentines Day.
Remember loving yourself is just as important as loving someone else
Much Love
Natalie
x
lifestyle Love Mr C Talks 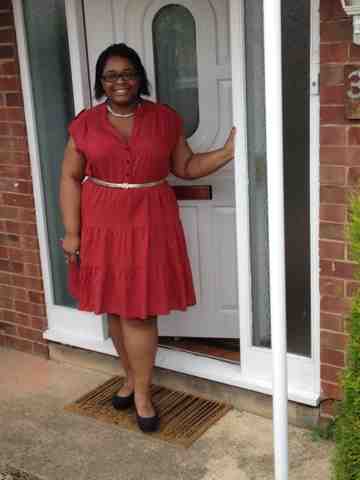